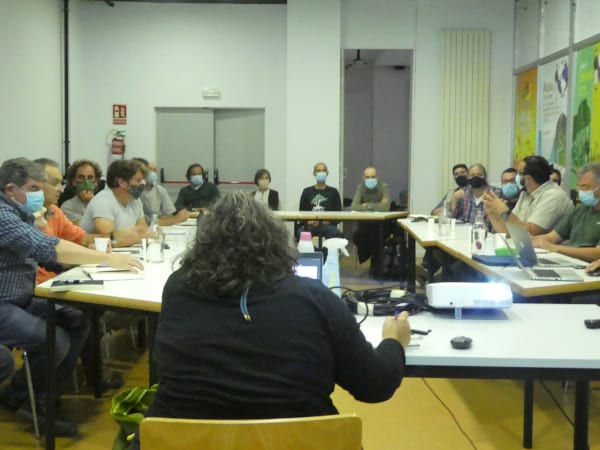 The meeting was held in person, in the Aviary room of the Barcelona Zoo, and was attended by twenty-two people from various institutions involved in the Life Tritó Montseny project: GRENP, Forest Technology Centre of Catalonia, Catalan Forestry, CSIC, University of Barcelona, Chester Zoo, Barcelona Zoo, Government of Catalonia and Barcelona Provincial Council.

During the years of the Life Tritó Montseny project, 49 actions are planned with the aim of preserving the species and its riverside habitat. Specifically, action C.15 is included in the group of conservation actions, with the aim of ensuring the genetic conservation and extending the geographical distribution of the Montseny newt. Thanks to the Life project, a multidisciplinary team made up of experts in the field has been created and is currently working on the Montseny newt recovery plan, which will be annexed to the plan for the introduction of the species.