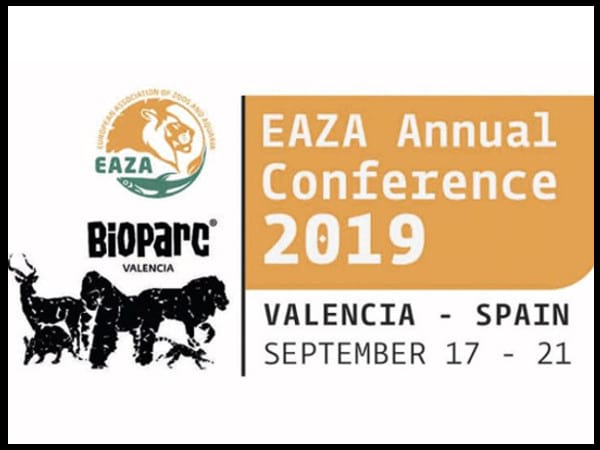 This year, the conference took place at the Bioparc Zoo in Valencia. From Tuesday 17 to Saturday 21 September, conservation experts from all over the world met at this Annual Conference of the EAZA (European Association of Zoos and Aquariums), one of the most important international events for the preservation of nature.

EAZA is made up of more than 100 institutions from 47 countries in Europe and the Middle East, and since 1992, it has played an important role in the protection of nature and wildlife, both in the institutions that make it up and also by providing funding and specialised personnel for in situ conservation projects aimed at protecting the different animal species and their habitats.

Within the framework of this project, Gerardo García presented the subject of captive breeding of the Montseny newt and the results obtained in breeding centres. 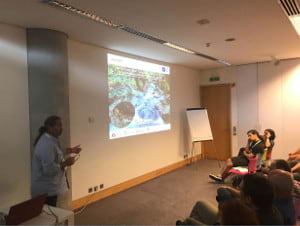 Gerardo García explains the work carried out in the breeding centres of the Montseny newt. Photo: Chester Zoo Archive

Since 2017, Chester Zoo hosts the fourth facility worldwide to promote the reproduction of this endemic species, with 60 naturalized aquariums. In this way, the United Kingdom joins the breeding and reproduction programme of the Montseny newt, one of the most endangered amphibians in Europe, classified as "critically endangered" by the International Union for the Conservation of Nature (IUCN), and endemic to the Montseny Natural Park and Biosphere Reserve (included in the Natura 2000 Network).