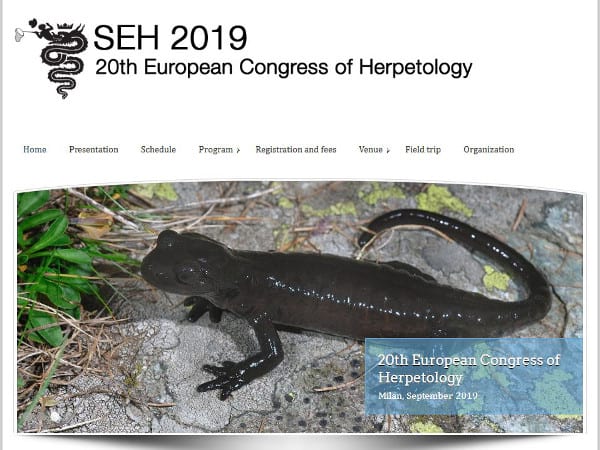 Life is presented in Milan

From 2 to 6 September, the Life project was presented at the 20th Herpetology Congress

This year the 20th edition of the congress was held, which included four plenary conferences, sessions on specific fields of herpetology, special sessions, workshops, the SEH Commendera General Assembly and excursions, as well as a rich social program.

Within the framework of this congress, Daniel Guinart, technical coordinator of Life Tritó Montseny presented the project and the results obtained so far. Daniel Villero, from the Forestry Technology Centre of Catalonia, presented the studies carried out regarding modelling, the necessary basis for future reintroductions of the species. 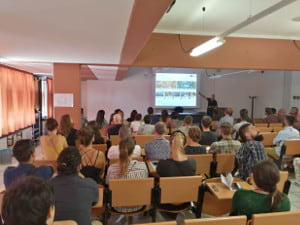 The exhibition of the project was presented. Photo: XPN file

The European Herpetological Society (EHS) was founded in 1979 and has almost 350 members from most European countries. Members receive the quarterly journal "Amphibia-Reptilia" (indexed to Scopus and Web of Science), which publishes articles in English and includes SEH news. International congresses are organised in different parts of Europe, usually every two years.

The SSH is an international non-governmental member of IUCN, the World Conservation Union. The organization is governed by its statutes and the Council, members are elected at Ordinary General (Business) Meetings. The SEH has three committees. The Conservation Committee deals with herpetofauna conservation throughout Europe and adjacent regions, and its members form the European Reptile and Amphibian Specialist Group of the IUCN Species Survival Commission. The results of the work of the Conservation Committee are published, among others, in Amphibia-Reptilia. The Committee on Cartography is dedicated to the distribution of species. It has published the first atlas of amphibians and reptiles in Europe (1997) and a New Atlas of Amphibians and Reptiles in Europe (2014, NA2RE). The Taxonomic Committee which updates the list of European species. The SEH is using its website to develop a Pan-European Herpetological Network that will announce meetings and bring information to the attention of national herpetologists and herpetological societies throughout Europe and elsewhere in the world.