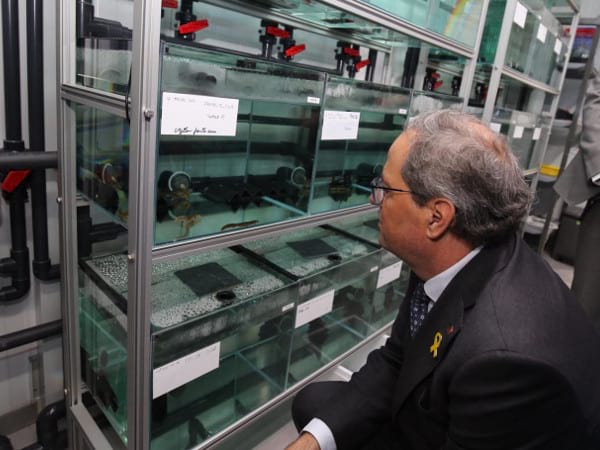 The companions of the Centre of Fauna of Torreferrussa, (Generalitat de Catalunya), have received the visit of the Mr. Joaquim Torra i Pla. They have been able to show him the new facilities of the breeding center of the newt of Montseny.

The new room (70 m2) of the breeding centre contains 240 new aquariums, in addition to the old existing facility (30 m2), which already had 100 aquariums. This has meant a threefold increase in existing capacity. The extension of the space allows the generation of new pairs that lay around 40 eggs a year, of which around 50% prosper.