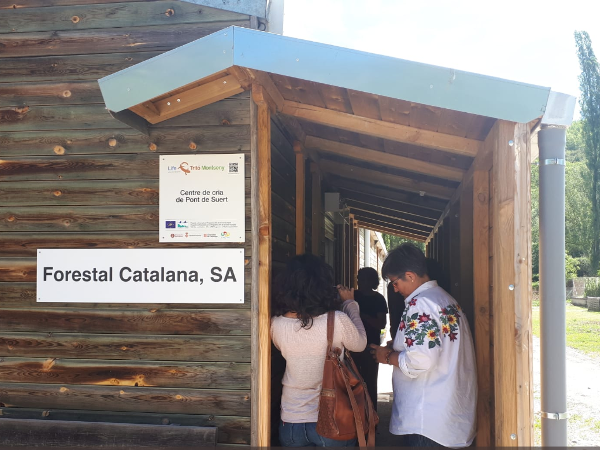 The new centre of breeds of Bridge of Suert

The Friday 15 of June, the Centre of recovery of wild fauna of Bridge of Suert inaugurated the installation.

The promotion of captive breeding of this endemic species, listed as such since 2005, is one of the objectives of the European project Life Tritó del Montseny.

Within the framework of this project, the Pont de Suert Wildlife Recovery Centre has adapted a room for the expansion of the breeding centre for this endemic species of Montseny. This centre has been dedicated for years to the captive breeding of the western variation of the Montseny newt, while the Barcelona Zoo, in 2013, joined the breeding of the eastern variety. Both specimens originated from the Torreferrussa Fauna Centre, which currently houses 900 specimens of Montseny newt of the two existing genetic varieties, the eastern and western. It was this center that promoted a captive breeding program for the endemic species since 2007.

This amphibian also breeds at Chester Zoo, one of the most prestigious amphibian recovery sites. Specifically, since April last year, when the Torreferrussa Fauna Centre gave up 24 specimens to be relocated to a facility with around 60 aquariums. The pups born under this program will be reintroduced to the Montseny.