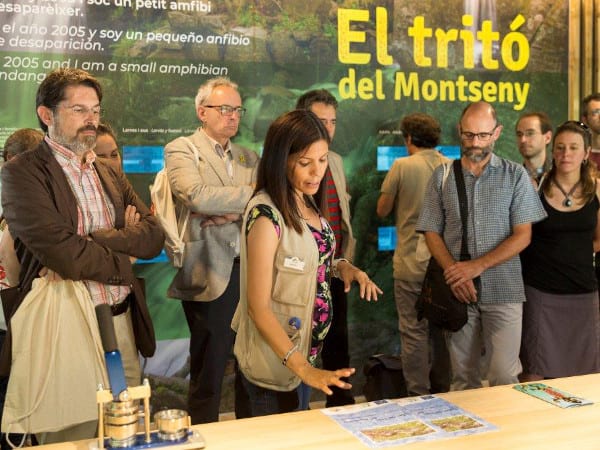 Inauguration to the Zoo of Barcelona

The Zoo of Barcelona inaugurates a new installation for the conservation of the triton of the Montseny.

On June 28th, the Barcelona Zoo inaugurated a new space for the reproduction and conservation of the Montseny newt (Calotriton arnoli).

In addition to the aquariums for this protected species, an educational room dedicated to environmental education has also been incorporated, where visitors will learn about the importance of newt and the fauna of the Montseny torrents through information panels, videos, computer games and other interactive materials. This installation is a model to follow in the new Strategic Plan of the Barcelona Zoo, since it is based on integrated management between ex situ conservation, awareness and reproduction, and in situ conservation, reintroducing the species into its natural environment.

Thirty-eight newt larvae have been born in the zoo since the beginning of the breeding season (in May), in addition to the eleven born last year, and are expected to continue to hatch until the end of September. The aim of the conservation programme is to ensure that these larvae are reintroduced into the natural habitat. This would strengthen the populations that have been reintroduced in recent years. These have been confirmed successful with the discovery of the first larva born in nature from those specimens reintroduced in the past.