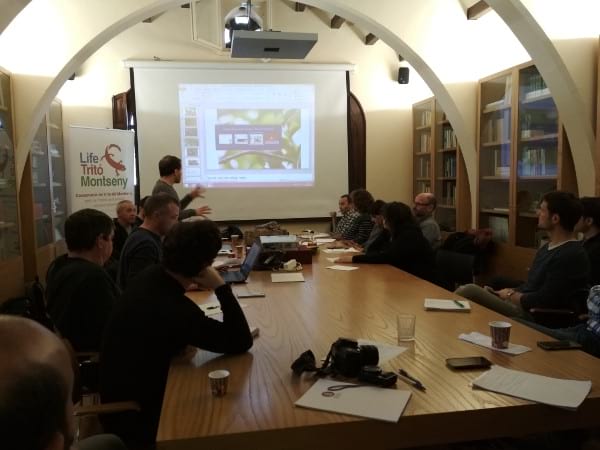 The past 16 of March, celebrated a day-workshop with the aim to define the reintroducció of the triton of the Montseny to his natural habitat.

Within the framework of the Life Tritó Montseny project and with the collaboration of the Forest Technology Centre of Catalonia, this workshop was held to define the strategies for reintroducing the species into its natural habitat.

The day began with a brief presentation, defining what has been done so far and what we want to achieve. Then, the 23 attendees were grouped into three working groups to work on different aspects: management, ecology and knowledge of the amphibian itself.

At the end of the day a debate was opened to establish the objectives and priority criteria for extending the distribution area of the Montseny newt.

Some of the issues discussed during the working session were as follows:

All these actions were the subject of debate. We hope that throughout the execution of the Life Tritó Montseny project they can be resolved in order to improve the conservation status of this endemic amphibian of Montseny.