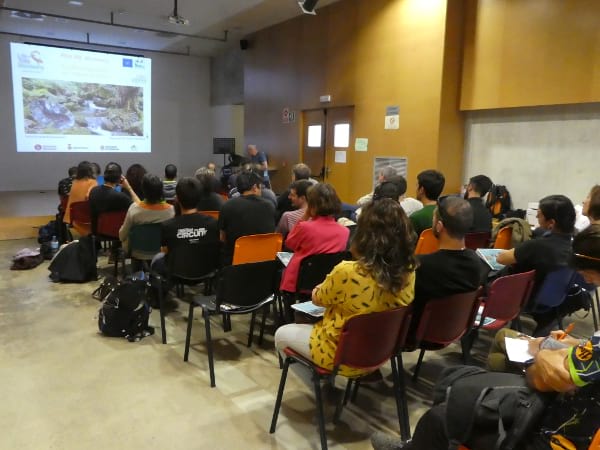 On Friday, May 10, there was a presentation alerting the emerging diseases that affect amphibians

ICTA-UAB, the Tordera Observatory, the Barcelona Zoo, the Besòs Tordera Consortium and the Sant Celoni City Council organised a day of participatory visual census of the otter in the Tordera and Besòs basins.

On 10 May, the Batllorienca Union Hall (la Batllòria, Sant Celoni) hosted the participative visual census of the otter in the Tordera basin. During the day, Daniel Guinart, conservation technician of the Montseny Natural Park and Biosphere Reserve and technical coordinator of the Life Tritó Montseny project, presented the theme of biosecurity. Guinart presented the paper entitled "Biosecurity in the riverside habitat", which explained the problems of emerging diseases and their involvement in amphibian populations, especially the Montseny newt (Calotriton arnoldi).

In total, fifty people attended, all of them participants in the otter monitoring program and who repeatedly visit the Tordera River.

Following the same format, on 24 May, the Besòs Tordera Consortium (Granollers) hosted the participative visual census of the llúdriga in the Besòs basin. During the day, Daniel Fernández, from the Research Group of the Natura School of Parets del Vallès, presented the theme of biosafety and the problem of emerging diseases. 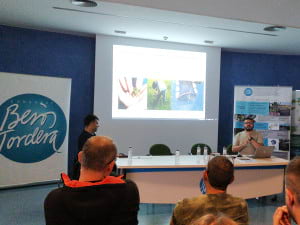