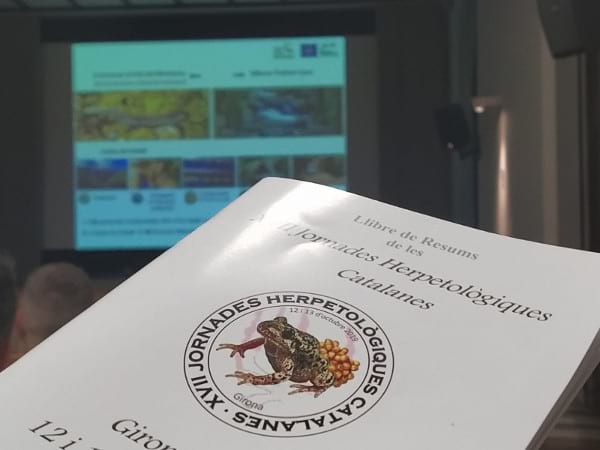 On 12 and 13 October, the "XVII Jornades Herpetològiques Catalanes" were held in Girona

Within the framework of these conferences, the Montseny's newt played an important role, since it was the protagonist of two lectures: 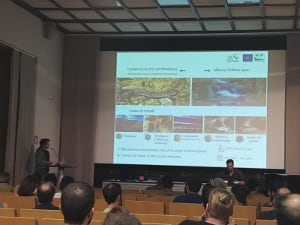 The XVII Jornades Herpetològiques Catalanes were held on 12 and 13 October at the Casa de Cultura in Girona. 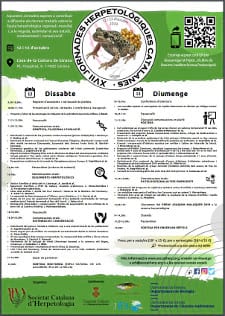 Poster of the conference.

The association brings together amateur and professional herpetologists, and its scope of action is national.

It is related to the Institució Catalana d'Història Natural, members of the Xarxa de Custòdia del Territori and related to other national and international herpetological societies or associations.

The objectives of the Societat Catalana d'Herpetologia are the following: