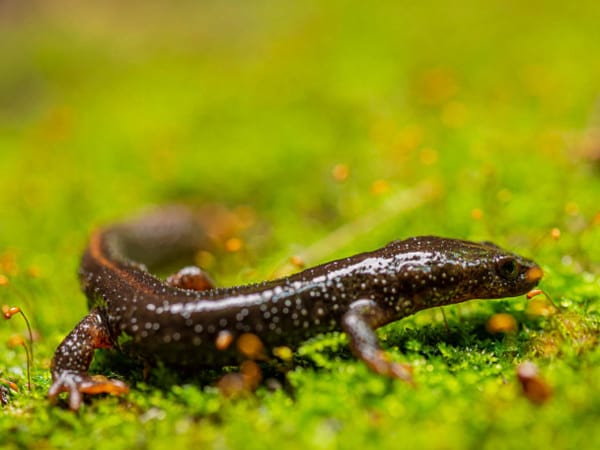 The exhibition, in Granollers

On Thursday, 5th September, at 7 p.m., the Museu de Ciències Naturals de Granollers "My name is Calotriton and I live only in Montseny!" was inaugurated, the informative exhibition on the Montseny newt, endemic to this massif and considered one of the most endangered amphibians in Europe.

The exhibition explains the values of the Montseny's newt, the danger it runs and suggests solutions suggested by the Life Tritó Montseny project to preserve and disseminate it.
The inauguration was attended by the mayor of Granollers, Josep Mayoral; the councillor for Culture, Maria Villegas; the director of the Montseny Natural Park and Biosphere Reserve (included in the Natura 2000 Network), Lluís Martínez; and the coordinator of the Amphibian and Reptile Research Area of the Museu de Ciències Naturals de Granollers, Fèlix Amat. 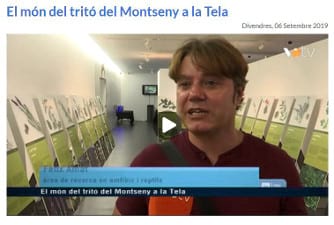 The exhibition could be visited at the Museu de Ciències Naturals until 17 October. The Montseny Documentation Centre, in the Natural Sciences section, offered the possibility of taking a guided tour of the exhibition (from 17:00 to 18:00 in the afternoon) on Friday 13th, 20th and 27th September and on 4th and 11th October.