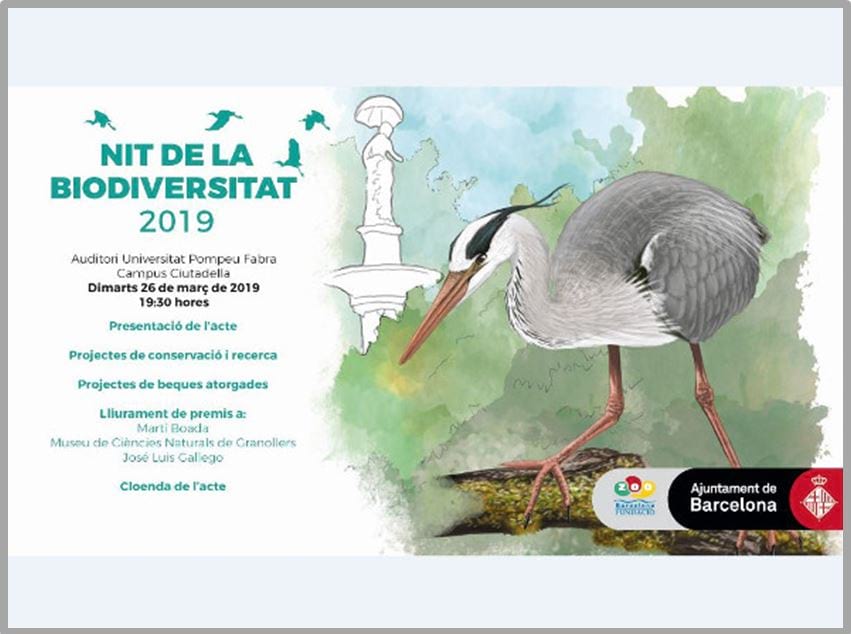 On 26 March, the Universitat Pompeu Fabra Auditorium hosted this event, which was directed by Cori Calero.

The Barcelona Zoo Foundation held its first Biodiversity Night in the auditorium of the Ciutadella Campus of the UPF. Emphasis was placed on the need to conserve biodiversity, the decline of species, especially invertebrates, the great unknown.

In the framework of this conference, Joana Barber as coordinator of Life Tritó del Montseny presented this project for the conservation of an endemic species of Montseny, highlighting the importance of the involvement of the different actors in the territory. 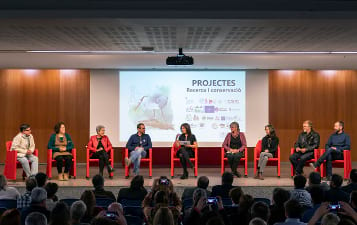 The event, which brought together more than 150 people from academia, conservationists and members of the Barcelona Zoo, is intended to be a great annual meeting in which the conservation work and the search for biodiversity carried out in Catalonia will be presented, with the participation of both the Foundation and the Zoo professionals.

The director of the Zoo, Antoni Alarcon, thanked all those people who devote a good part of their time and lives to working for biodiversity and the search for and conservation of species, highlighting the task that the Barcelona Zoo Foundation has made possible in all these years. 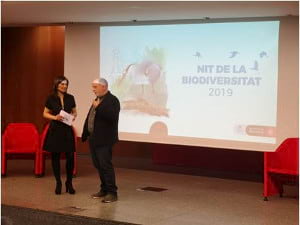 He also highlighted the need to conserve our diversity in terms of the decline of species, emphasising invertebrates which, despite representing more than 95% of the planet's species, continue to be the great unknown of the animal world. In this sense, and aligned with the New Zoo Model, Alarcon announced that an invertebrate pavilion is currently being designed that could become a reality at the Zoo in 2020. This New Zoo Model also aims to become a reference in terms of conservation of the Mediterranean, creating a Marine Biodiversity Centre to alleviate the existing lack of knowledge of marine life and be able to protect it more effectively.

During the event 3 awards were presented, especially designed to recognize the work of professionals and institutions in favor of biodiversity conservation. The prize for his professional career went to Martí Boada, Doctor in Environmental Sciences, geographer and naturalist and member of the Spanish Committee of the United Nations Environment Programme of the Communication and Education Commission of IUCN (International Union for Conservation of Nature) and of the United Nations Global Forum 500. On the other hand, Antoni Arrizabalaga, director of the Natural Sciences Museum of Granollers, collected the prize that recognises the institution's trajectory for its work and studies on the protection of our biodiversity and its dissemination in the form of exhibitions. Finally, the award for dissemination went to the communicator José Luis Gallego, a contributor to numerous media and one of the most influential personalities in the state in environmental matters.

The main mission of the Barcelona Zoo is to actively intervene in the conservation, scientific research and dissemination of wildlife and its natural habitats. In this sense, and for a decade now, the ambitious Search and Conservation Programme was set in motion, which gives support to applied research, to the conservation of species, some of which would be very weakened, or perhaps would not even exist, if this task were not carried out.

They all stand out:

Another reintroduction project is the conservation of the ferreret in the Sierra de Tramuntana de Mallorca, a small toad endemic to the island, almost extinct, which is raised at the Zoo facilities and from which more than 1,000 individuals have already been released in their natural habitat. The Rorqual project is also being carried out in the Mediterranean area, which deals with the study of the populations of cetaceans in the Catalan Sea, with special emphasis on the fin whale, the only study of its kind on the passage of whales along the coasts of the Garraf.

A similar case to the Mallorcan ferreret is the Montseny newt and its LIFE project. It is an endemic species of the Montseny and that, without this project, it is very probable that it would have already disappeared. Also in Catalonia the conservation projects of the aucaldón chico and the black vulture are being carried out, two very different works, but which have prevented the extinction of both birds.

Finally, the event highlighted the project on the development of the Amphibian Observatory of Els Aiguamolls de l'Empordà, one of the groups of animals most vulnerable to the effects of climate change and one of the main concerns of IUCN.

The Research and Conservation Program (PRIC) grants were born with the objectives, among others, of making a constant improvement in animal welfare, contributing to conservation and research, producing quality science and disseminating scientific practice. This aid is granted annually by the Barcelona Zoo Foundation and, in the decade of its existence, 92 projects have been selected which have received a total of 772,242 € in the form of grants. This figure represents 30% of the total direct expenditure that the Barcelona Zoo Foundation has dedicated to supporting initiatives and promoting in situ research and conservation projects, which in the last 10 years has amounted to 2.5 million euros.

During the Biodiversity Night, five projects representative of the work awarded this decade were presented by those responsible for them, all linked to in situ conservation:

Study on food ecology for the conservation of the Iberian Lynx, by Dr. Germán Garrote (Institute of Conservation Biology).
Monitoring of insect fauna in the canopy of the Collserola mountain range, by Dr. Jorge Mederos (Museum of Natural Sciences of Barcelona).
Monitoring of the polecat population in Catalonia to define conservation measures, by Salvador Salvador (University of Girona).
Study of wild cat populations in Catalonia, by Marc Vilella (Grupo de Naturalistas de Osona/Instituto Catalán de Historia Natural).
Conservation of the West African chimpanzee at Fouta Jallon (Senegal), by Mr. Federico Bocdánovich, Director General of the Jane Goodall Institute. 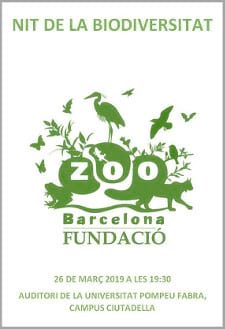