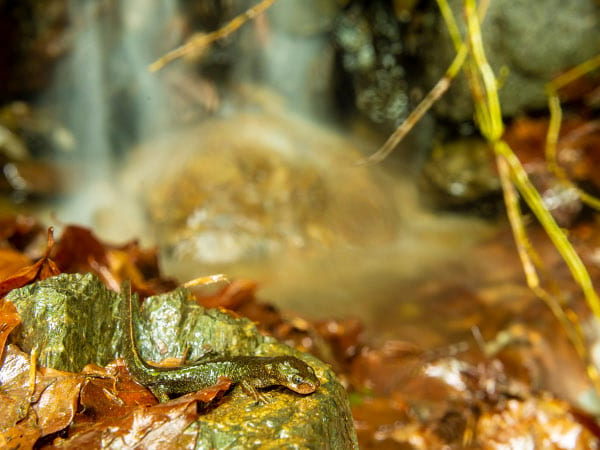 From now on, the Life Tritó Montseny project will have new informative material designed to raise awareness of the biology and ecology of the Montseny newt (Calotriton arnoldi) and convey the importance of improving its habitat in order to recover this endemic species of the massif, which has been classified as critically endangered. The project consists of eight video microcàpsules that will make it possible to disseminate the most relevant actions that have been carried out so far within the framework of this project.

The eight documentaries, each about five minutes long and subtitled in Catalan, Spanish and English, delve into the particularities of this very enigmatic species that only lives in the Montseny Natural Park and Biosphere Reserve (included in the Natura 2000 Network) and is considered the most threatened amphibian in Western Europe. It reflects, among other aspects, the functioning of the breeding centres, the release of specimens, research, actions to improve the habitat, the problem of infections in amphibians or environmental education actions.

From 25 June to mid-August, every Thursday one of these microcapsules will be discovered and the videos will be available on the Life Tritó Montseny Youtube channel.

The theme of the eight documentaries is as follows: