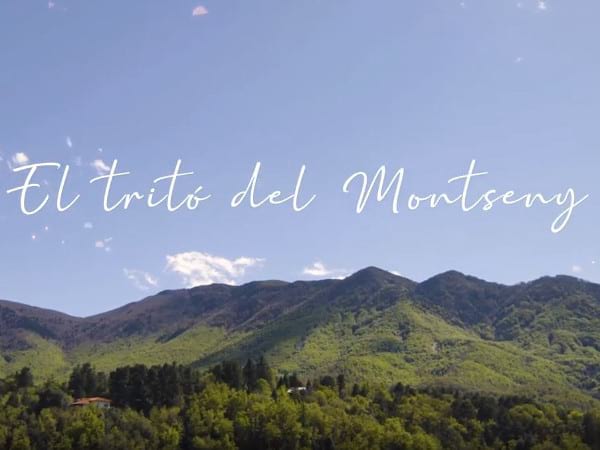 New 3D video of the newt

We present the new 3D video of the Montseny newt, a simulation of the life cycle of the species

The script and direction of the video has been in charge of the designer Oriol Massana. The revision of the contents, by Felix Amat, herpetologist specialist of the Museu de Ciències Naturals de Granollers and external collaborator of the Life Tritó Montseny project. The image, realization, 3D postproduction and edition, in charge of Oriol Massana. The images of the breeding in captivity and in its natural habitat were made by Iñaki Relanzón and Gerardo Garcia (Chester Zoo).

First, the newt was recorded with an underwater camera, taking into account the framing. In this way, later the newt can be added in digital. At no time was a real newt manipulated. A 3D model of the newt has then been generated, using the digital sculpture technique. From photos of the newt, we paint the colours of the skin and create a kind of structure to be able to animate; this process is digital and therefore is done using computer programs.

We then animate the model in the 3D program with the background of the recorded video and add lights to illuminate it, so that it looks more real. Finally, we apply depth blur and colour corrections to finish integrating it with the background.

The video can be viewed on the project's YouTube channel. It has been made with two languages: Catalan and English. It has been paid for by the Barcelona Zoo.