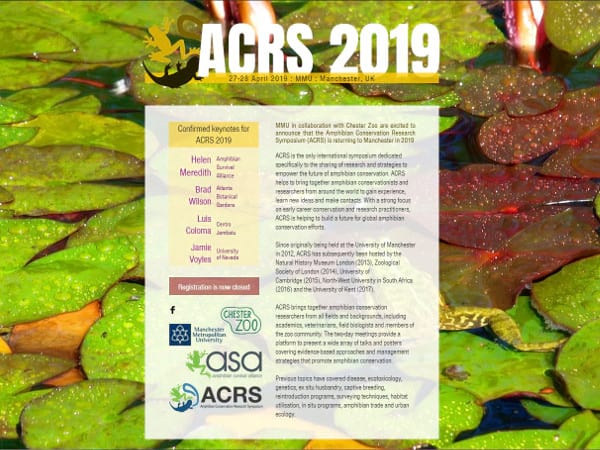 The Manchester Metropolitan University (MMU) in collaboration with Chester Zoo organized the Amphibian Conservation Research Symposium (ACRS), which this year was held in the city of Manchester.

For two days, an extensive programme of presentations was presented, with the participation of researchers and specialists from the world of amphibians. A total of 80 people from around the world attended and 25 oral presentations and more than 20 posters were presented.

On Sunday 28 April, Félix Amat (Museum of Natural Sciences of Granollers) , presented the paper on "Living on a geographical border and on the border of extinction. Monitoring the newt of the Montseny stream (Calotriton arnoldi)". 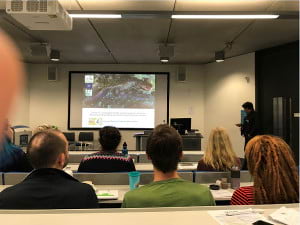 Within the framework of this congress, the technicians and collaborators of the Life Tritó Montseny project presented a poster to disseminate the actions we are carrying out. 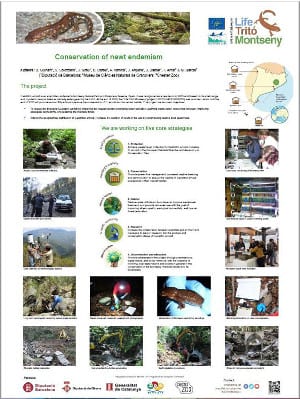 ACRS brings together amphibian conservation researchers from all fields and backgrounds, including academics, veterinarians, field biologists and members of the zoos community. The two-day congresses provide a platform for a broad presentation of talks that achieve evidence-based approaches and management strategies that promote amphibian conservation.