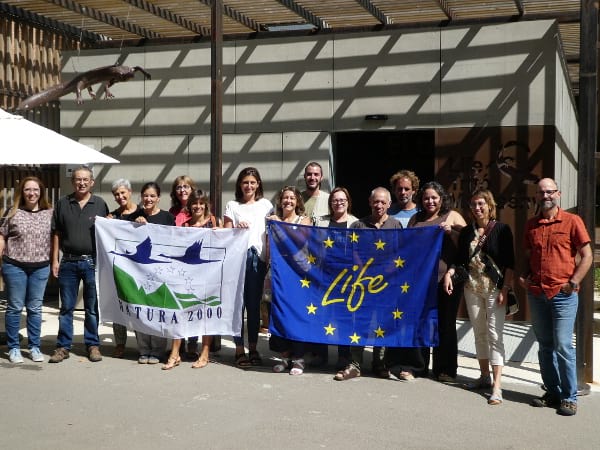 We reviewed the project

On 18 and 19 September, a delegation from the European Union visited us to monitor the project and discuss various technical and financial aspects. The studies and actions carried out within the framework of the project with European funding have shown that the situation of this amphibian remains in critical danger of extinction, despite its population remains stable, especially due to the effects of the hydrology of the area and climate change.

The follow-up visit of the project was integrated by Simona Bacchereti, advisor of the Executive Agency for Small and Medium Enterprises (EASME) and Audrey Thenard, monitor of the external team (NEEMO), who during two days was able to know the development of the different actions carried out as well as discuss with the project coordinators the plans to be developed until its end, in December 2020.

On the occasion of the visit, the European delegates visited, among others, the facilities of the ZOO in Barcelona, one of the centres where the newt is bred in captivity, as well as its habitats in Montseny. In this way, the coordinator of the project, Daniel Guinart, has explained that the situation of this amphibian continues in critical danger, especially due to the effects of climate change, despite the fact that its population remains stable in the different torrents of the Montseny where it lives.

Along these lines, the Life project has to ensure that it can solve some of these main threats by carrying out around fifty research and dissemination actions, but also by intervening in the territory, such as, for example, guaranteeing fluvial connectivity, restoring riverside habitats or ensuring the integrity of the torrents.

For their part, those in charge of monitoring the Life Tritó Montseny project in Europe have pointed out that this is a project of great environmental importance for the territory, given that amphibians are one of the most endangered species, and their presence is an environmental indicator of great importance for knowing the quality of the water and the natural environment of these territories. 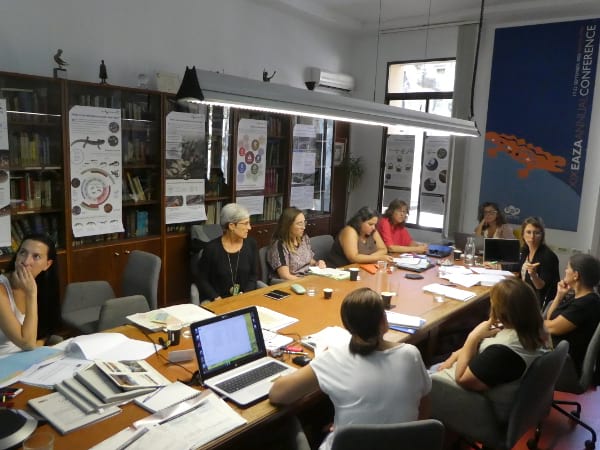 On 18 September, the technical and financial meeting was held at the Barcelona Zoo. Photo: XPN Archive. 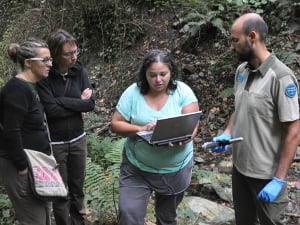 On 19 September a technical visit was made to the actions carried out in the territory. Photo: XPN Archive.

In the video you can see statements from the coordinator of the Life Tritó Montseny project, Daniel Guinart, and the European environmental advisor of EASME, Simona Bacchereti.