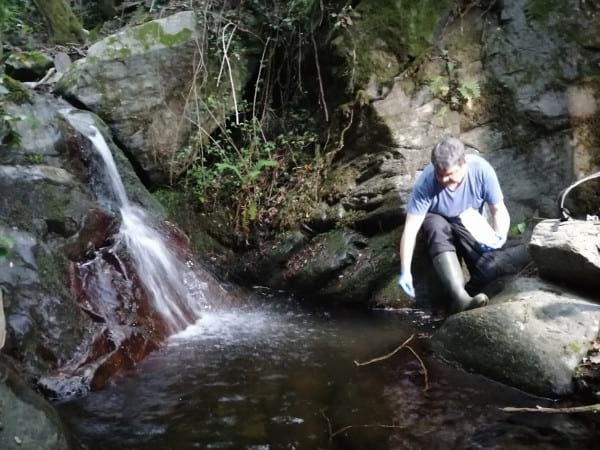 With the aim of continuing to increase the species' range, 107 individuals of the western variety and 128 of the eastern variety have been released in four streams in various sectors of the Monteny Natural Park (included in the Natura 2000 Network). These specimens come from the captive breeding program carried out in the wildlife centers of Torreferrussa and Pont de Suert de la Generalitat, and in the Barcelona Zoo. Thanks to this programme, which also includes the Chester Zoo, the breeding of the species has multiplied in recent years and, currently, some 500 larvae can be produced per year.
The objective, on the one hand, is to maintain a genetic reservoir in the centres to guarantee the future of the species in the face of the critical situation in the nature of the original populations. On the other hand, the aim is to increase its distribution area by releasing specimens in new streams. The collaborators of the Grup de Recerca de l'Escola de Natura de Parets del Vallès (GRENP) have also participated in this release.
Within the Life Tritó Montseny project, this is the second release, after the one in 2019. In total, since 2010 more than a thousand specimens have been released in six different streams.

In the western sector, this release has allowed the reinforcement of the Montseny newt (Calotriton arnoldi) population from a stream where specimens were released for the first time last year, with good survival results. In addition, in another stream in this sector, the first population that was created from specimens born in Torreferrussa between 2010 and 2014 has been reinforced. From here, the consolidation of the population with a good survival and reproduction.
Finally, in the eastern sector, specimens have been released in two very close torrents. In one of them larvae were already released in 2015 and it is expected that with future releases these two populations can be connected and form a single one. 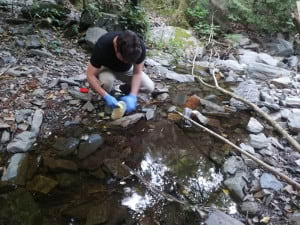 Good adaptation of the larvae

Monitoring of the population on the ground has also made it possible to ascertain the survival of the larvae released in another stream in 2015. This confirms the good adaptation of the specimens to the conditions of the torrents regardless of their stage, whether they are released from sub-adults or larvae.
With the experience gained in these first years and the efforts made within the Life Tritó Montseny programme, it has been demonstrated that it is possible to increase the distribution area of the species from specimens raised in the breeding centres, since the adaptation of the released specimens is good and the current production of the centres is high. 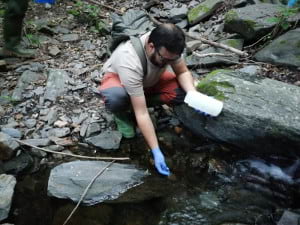