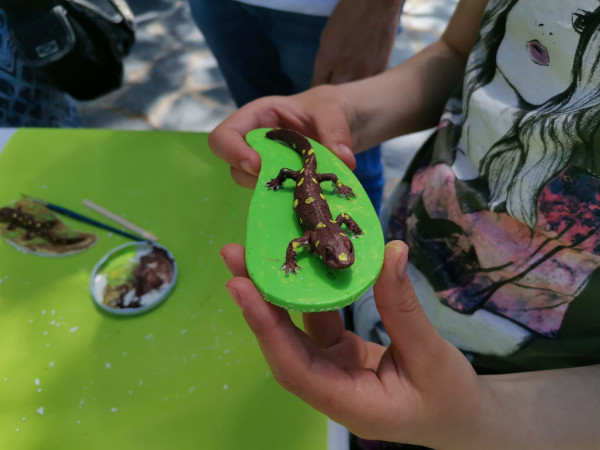 On 29 May, the village of Montseny hosted a family workshop on the Montseny newt

The proposal, which was part of the European Day of Parks and Nature Week 2021, allowed participants to learn about the morphological characteristics of the Montseny newt.

During the activity, emphasis was placed on the fact that amphibians cannot be touched directly with the hands due to serious diseases that are affecting many populations of this faunal group.

When making the newts, the children first weighed the dry plaster, added the right amount of water and, once the mixture was ready, put it into a silicone mould. Once out of the mould and dry, each child decided how they wanted to paint it and they all went home with their decorated Montseny newt.

The workshop was conducted by Ademc's educators, who highlighted the good reception and the lively participation of the families. Thirty-five people took part in the activity, including children and adults, who made a total of forty newts.

Due to the COVID-19 pandemic, the current regulations were followed at all times and the participants arrived in a staggered manner, according to the previous reservation.