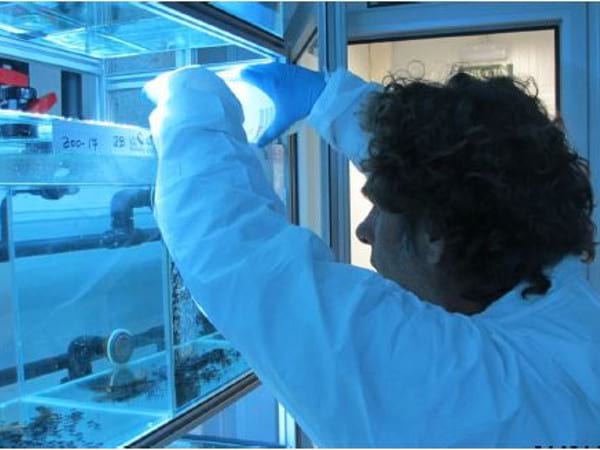 Within the framework of the European project Life Tritó Montseny, the Torreferrussa Fauna Centre has ceded 18 pairs of Montseny's newt (Calotriton Arnoldi) to other breeding centres. 10 pairs from the western population were taken to the Fauna Centre of Pont de Suert (Lérida) and 8 pairs from the eastern population were taken to the Barcelona Zoo. Thus, the Pont de Suert Fauna Centre now has 17 pairs and 2 trios, while the Barcelona Zoo hosts 18 pairs and 6 breeding groups.

Likewise, the Torreferrussa Fauna Centre will also double the number of pairs with specimens born in the centre and this year it will host around 60 breeding pairs. The pairs of newts destined for reproduction by future releases are genetically selected to ensure and increase the genetic diversity of their descendants, in order to survive the changes in the environment.

With this increase in the number of pairs, as part of the captive breeding programme for this species, a new breeding season is being prepared in which the number of specimens bred is expected to increase considerably in 2018. In a couple of years it is expected to reach the objectives set within the Life Tritó Montseny project and reach 800-1,000 specimens born annually in captivity. In order to achieve this, last year the extension and improvement works were carried out in the fauna centres of Torreferrussa, Pont de Suert and Zoo in Barcelona in order to triple the reproductive capacity of the species.

Apart from the three centres in Catalonia that are currently working with the captive breeding of the species, we cannot forget the Chester Zoo, one of the most prestigious for the recovery of amphibians. Chester Zoo has 12 newt pairs from Montseny since April 2017, when the Torreferrussa Fauna Centre lent him 24 specimens to relocate them in a facility that already had almost 60 aquariums.

In total, in 2018, 380 larvae (287 from the western population and 93 from the eastern one) have been obtained among the 4 breeding centres.

The destiny of these pups will be to repopulate the Montseny torrents. In order to choose the ideal torrents for the reintroduction of the newts, a careful research work is carried out to investigate the water quality, the physicochemical constants and the fauna and flora of the stream. The aim is to ensure the survival of the released animals. 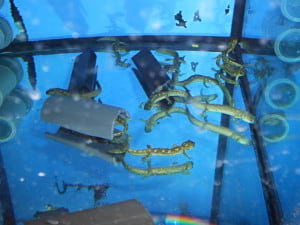