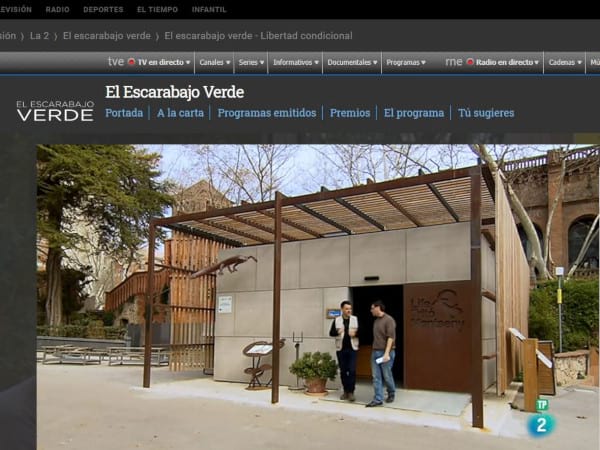 A new model of zoo

The program was dedicated to the reorientation that zoos are currently undergoing. Along with other initiatives, the report deals with the task of breeding in captivity and conservation of the Montseny newt, which is being developed by the Barcelona Zoo, one of the partners of the Life Tritó Montseny project.

Zoos were born almost three centuries ago as animal exhibition spaces, but now they aspire to become key pieces for conservation and species reproduction programs.

Within this framework, the report "Libertad provisional" (Provisional Freedom) presented the European project Life Tritó Montseny, which aims to improve the conservation status of the most threatened amphibian in Western Europe. The captive breeding of this species that is carried out in the Barcelona Zoo as well as in the breeding centers of Torreferrussa and Pont de Suert will allow the introduction of the Montseny's newt (Calotriton arnoldi) in its natural habitat and thus expand its range. The efforts that Barcelona Zoo, one of the partners of the Life Tritó Montseny project, is investing in the research and study of the Montseny's newt and other native species are key to its conservation.

"Libertad provisional", the report of the program Escarabajo Verde, was broadcasted on Friday 25th of September to La 2 of RTVE. You can recover it a la carte (minute 22).

What's the point of a zoo?

At present, does a zoo that is dedicated only to the exhibition of animals make sense? In the context of the loss of biodiversity, what social role do zoos have to play? What does the modern zoo have to be like to act as an active agent for the preservation of biodiversity? With these and other questions, the "Provisional Freedom" program questioned the role that zoos should have in order to continue maintaining species living in captivity. The old zoo model dedicated to the exhibition of animals is being reoriented as a platform to connect animals and people, at a time when the strategy of animal welfare is betting on a model of conservation more committed to the biodiversity of the planet.

Currently, 22,000 species and more than ten million animals live in captivity in some of the seven thousand zoos and aquariums in the world. Four hundred of the most important are part of the World Organisation of Zoos and Aquariums (WAZA), which moved its headquarters to Barcelona in 2018 in the midst of the debate about the model and how it wanted to redefine the historic zoo of Barcelona.

Since 1935, WAZA's goal has been to guide, encourage and support zoos, aquariums and related organizations around the world in the care and welfare of animals, environmental education and global conservation.

It supports the management of species conservation and animal husbandry to the care of man, as well as promoting the highest standards in member institutions. It has formed partnerships with leading international conservation organizations, committing its members to addressing global issues such as illegal wildlife trade, coral reef restoration, marine debris, sustainable palm oil and climate change.