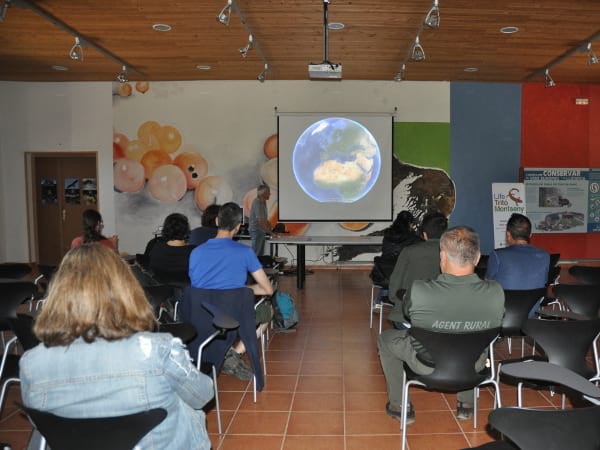 On 8 June, talks were held around the Montseny newt, at the Pont de Suert Wildlife Centre, as part of the nature week.

The Wildlife Centres (CF) of the Territory and Sustainability Department are organizing a series of talks in the framework of Nature Week (June 2-11, 2017). The following talks took place at the Thursday, June 8, 2017 session:

Fèlix Amat, Scientific Collaborator at the Natural Science Museum of Granollers, spoke about the Montseny newt (description and general condition of the populations).

Then it was Emilio Valbuena-Ureña, Rehabilitator of the CF of Torreferrussa and associate professor of the Unit, who spoke to us about Zoology at the Autonomous University of Barcelona. Genetics applied to the conservation of the Montseny newt.

We were also able to learn about the pathologies in wild populations of amphibians explained by Elena Obón, veterinary doctor from Torreferrussa wildlife centre.

To close the conference, we learned more about the Montseny newt ex-situ conservation programme, thanks to Francesc Carbonell, breeding coordinator from Torreferrussa wildlife centre.