Main aim of the project

The main objective of the Life Triton Montseny is to improve the conservation status of the Montseny brook newt (Calotriton arnoldi) and its riparian habitat. This amphibian, which is endemic to Montseny Natural Park and Biosphere Reserve (PN-RB Montseny), is listed by the IUCN in the category of "critically endangered". It is one of the two more threatened amphibians in Europe, together with the endemical frog of the Greek island of Karpathos (Pelophylax cerigensis). The population does not surpass the 1.500 exemplary adults its area of distribution is small and fragmented, being less than 5 linear km and less than 8 km2 in total. The Montseny brook newt is adapted to mountain streams and requires a pristine habitat, which is affected by conservation problems linked to climate change and certain human activities. Although a population disappeared late last century, probably due to the lack of a stable water flow, most populations appear stable nowadays. However, some of them are in a very unfavourable state of conservation, affected by melanocytosis and malformations, which could indicate the existence of adverse microenvironmental changes.

Given this delicate condition, Life Tritó Montseny intends to implement actions that minimize the current threats to the Montseny brook newt and conduce to an improvement in their conservation status. To do this, we have established the following operational objectives. 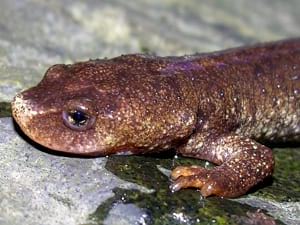