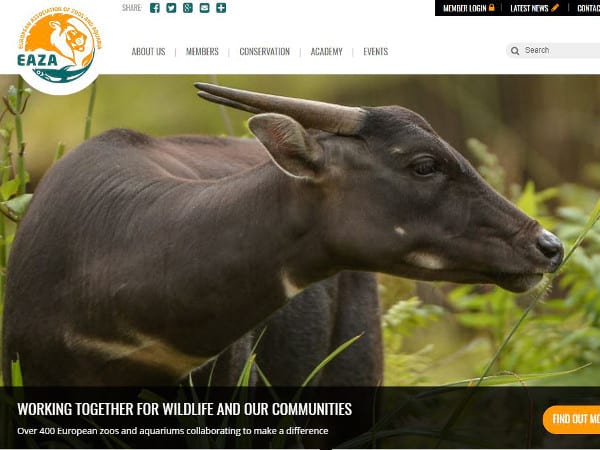 During the days 18-22 September, the city of Athens hosted the annual conference of EAZA

The European Association of Zoos and Aquaris (EAZA) is the organisation of the community of zoos and aquaris of Europe.

Membership of EAZA is open to all zoos and aquariums on the continent that meet or work to meet the quality requirements set by the Association. Its mission is to foster cooperation to promote regional planning for wildlife collection and conservation, mainly through coordinated wildlife breeding programmes, such as the European Program of Species in danger (EEP). The organisation also promotes research and education.

EAZA annually organizes a congress at European level. The last edition took place last September at the Zoo of Attica (the only zoo in Greece). It was opened to the public in 2000, initially as a bird park and currently has an area of 20 hectares, with more than 290 species.

Within the framework of this congress, Josep Maria Alonso, head of research and conservation at the Barcelona Zoo, presented a póster of the Life Tritó Montseny project. In the same context, Gerardo Garcia (representative of the Chester Zoo and collaborator of the project) presented a report of the triton of the Montseny.